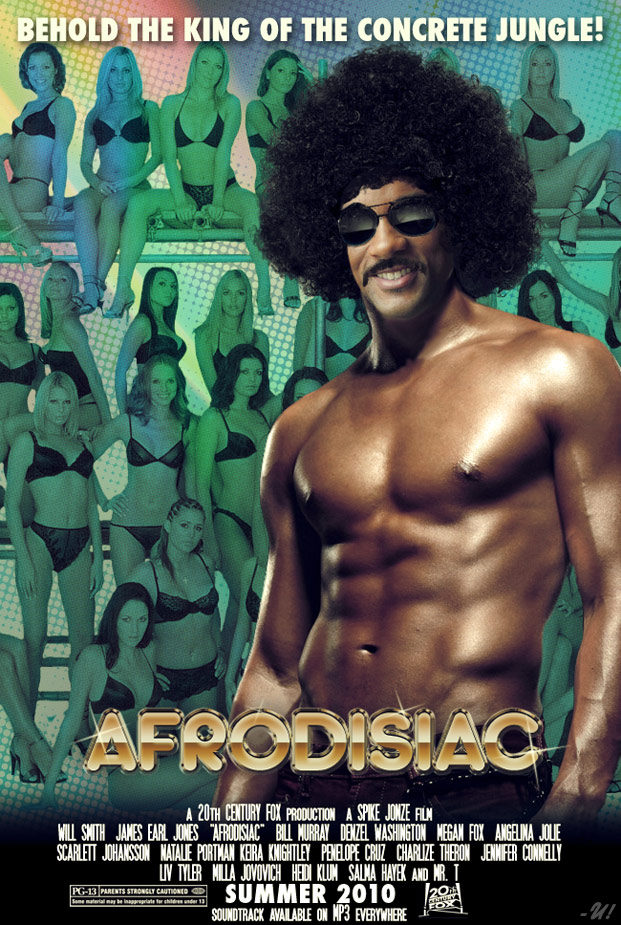 Afrodisiac:The Movie, original by -U!
(image via Flickr's «Blog This»).
Well,AdHousebooks is running this contest on Flickr with the name of Objet d'Afro.The contest is about making pictures of Afrodisiac —the greatest action hero of all times.
As you can see,I entered the contest.Since the character is strongly influenced by blaxploitation films,making a (fake) movie poster was a bit logical.It was also kinda obvious so in order of making something different that why I choose to do some photomanipulation instead of a drawing.
Collapse