I've always been a sucker for optical ilusions that recreate 3D visions on flat surfaces.I like to do some 3D experiments myself,but not always have enough time for that as I would like to.
But in the last days I found this nice vintage stereoview photo on Flickr.This kind of double photos were originally meant to be viewed through an stereoscope (the ancestor of the View-Master ®) but thought it would be fun trying to recreate the same 3D effect using other techniques.

Here's the photo as an anaglyph: 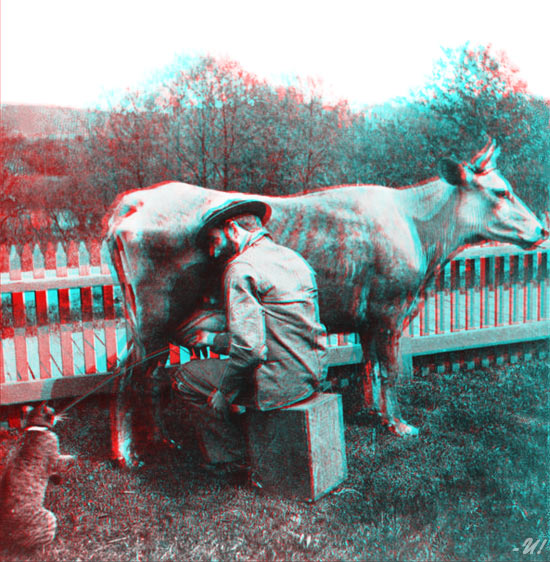 ·······
One Very Happy Cat - Anaglyph 3D, by -U!
(image provided via Flickr's «Blog This»).
You'll need red and blue 3D glassesfor this one.Just remember to put the red color over your left eye.

And I don't know what's the name for this other method...it's based upon the miracle of animated GIFs: