Once again,I have a couple of pics to post —so,it's time for a Double Feature post.
Well,this time I have a couple of illos that ain't in my regular style.
Still I think that my touch is all over them,but who am I to say it...? 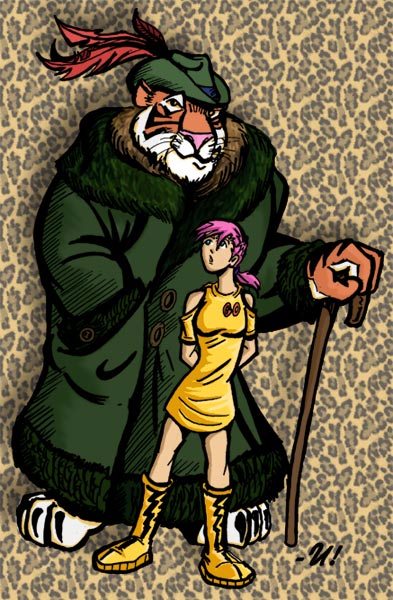 It's that time of the week again —Illustration Friday.This week’s topic is Cats.
Guess I really have not much to say,as this pic talks a lot about cats by itself with the tiger and the leopard skin.The girl is dressed as a japanese race queen for no reason in particular.I just wanted an offbeat and kitsch approach but not a typical cliche.I don't know if I achieved that,so I'll let you judge it.